Tamara and Blake’s love story that led to a Vegas wedding: 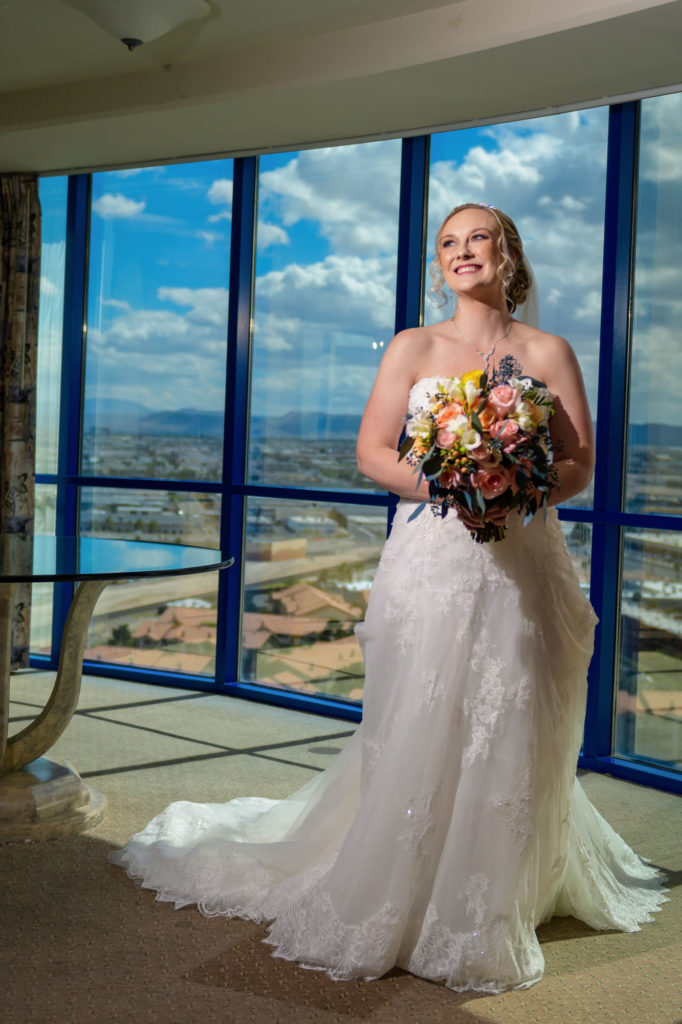 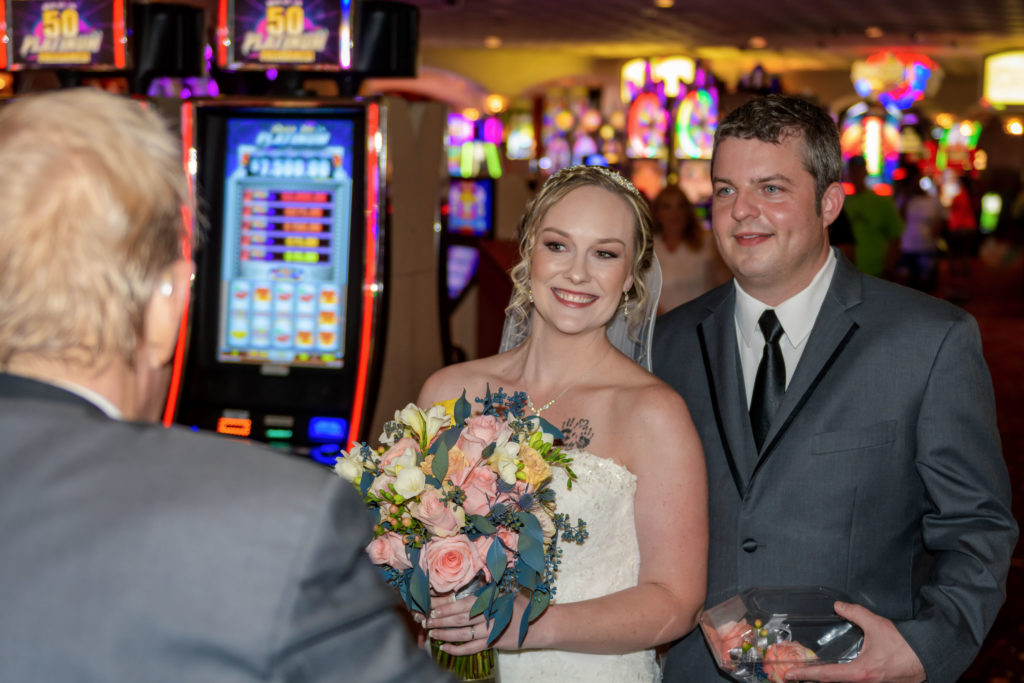 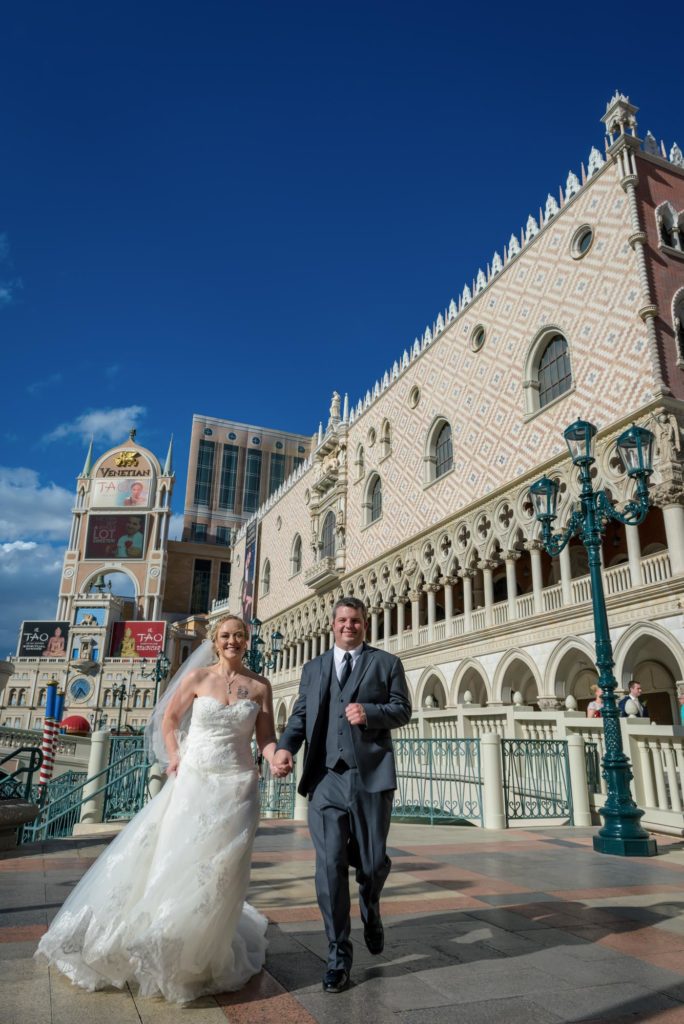 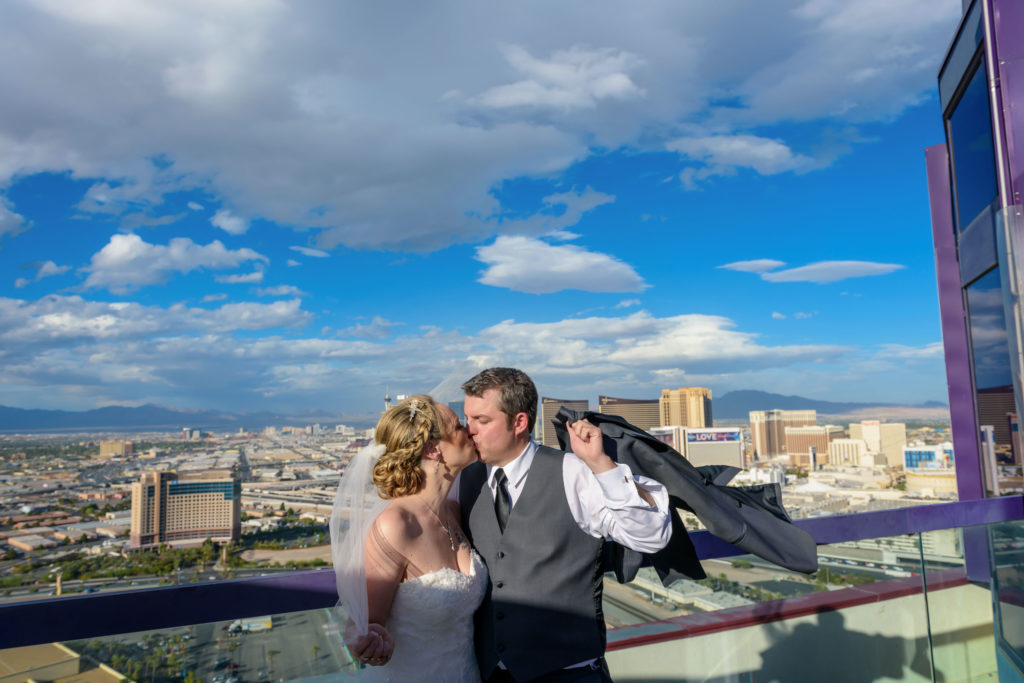 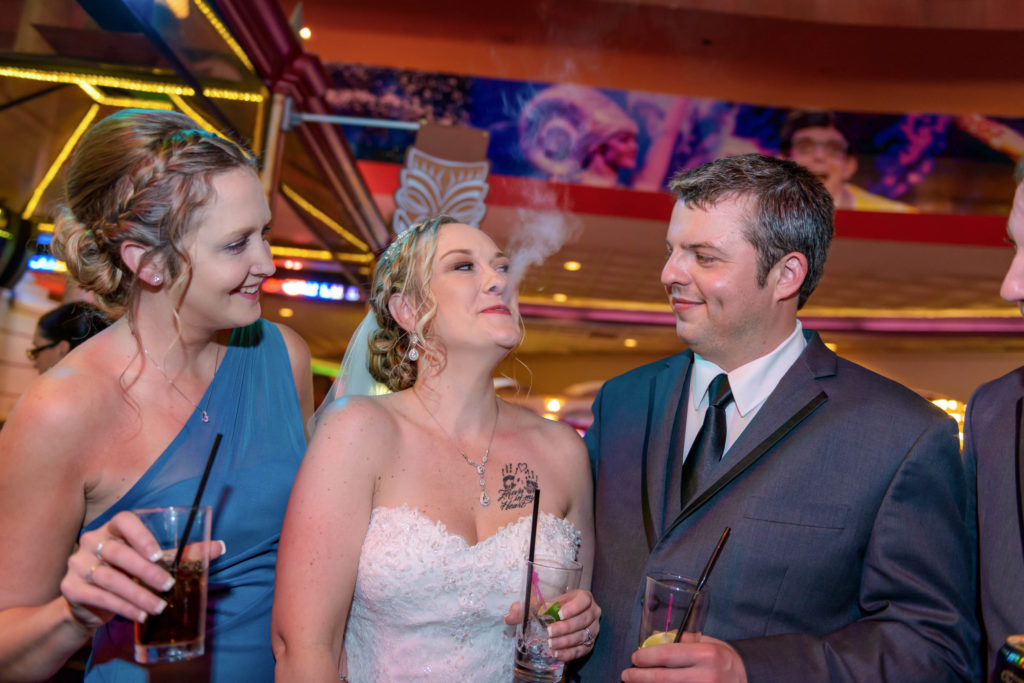 Tamie tells us their story: “It all started when a friend and I got back from a vacation with my parents back in 2001. She was dating one of Blakes friends. Her boyfriend and Blake picked us up from the airport and the four of us hung out. Blake and I clicked right away, but the timing wasn’t right for us to officially be together. We were friends for many years. On September 29, 2009, we decided we should give a relationship a try. Within two months he moved in with me. Things were going great! As you can see, we don’t just jump into anything… we do things . That being said, we had a beautiful baby girl in August of 2016 and got engaged on Christmas morning that year!

We started talking about where to get married. He mentioned Vegas & I thought a Vegas wedding sounded like a great idea. Being that we are from Minnesota, the stability of nice weather made the Vegas idea sound even better!
We didn’t want to have a small wedding. We wanted to be sure we invited all of our family and friends. After all, this was a day that will never happen again. The wedding day came. The sun was out, it was very hot, but the wind was fierce. When I say fierce, I mean there was 30-40 mile per hour wind gusts. It was intense. We went on a shuttle bus to do pictures on the Strip of Vegas. Zoltan and his wife were so much fun! They knew just how to get fabulous pictures and what to do to have the wind work in our favor.

We got married on the rooftop at The Rio in one of the suites, which you can imagine with the wind so strong and being up so high, everything was blowing. Everyone had an absolute blast come reception time and dancing in the wind. It is something that everyone says they will always remember! The way the pictures of our Vegas wedding turned out was absolutely incredible! Zoltan did such an amazing job & we couldn’t be any happier with the way things turned out!!!”