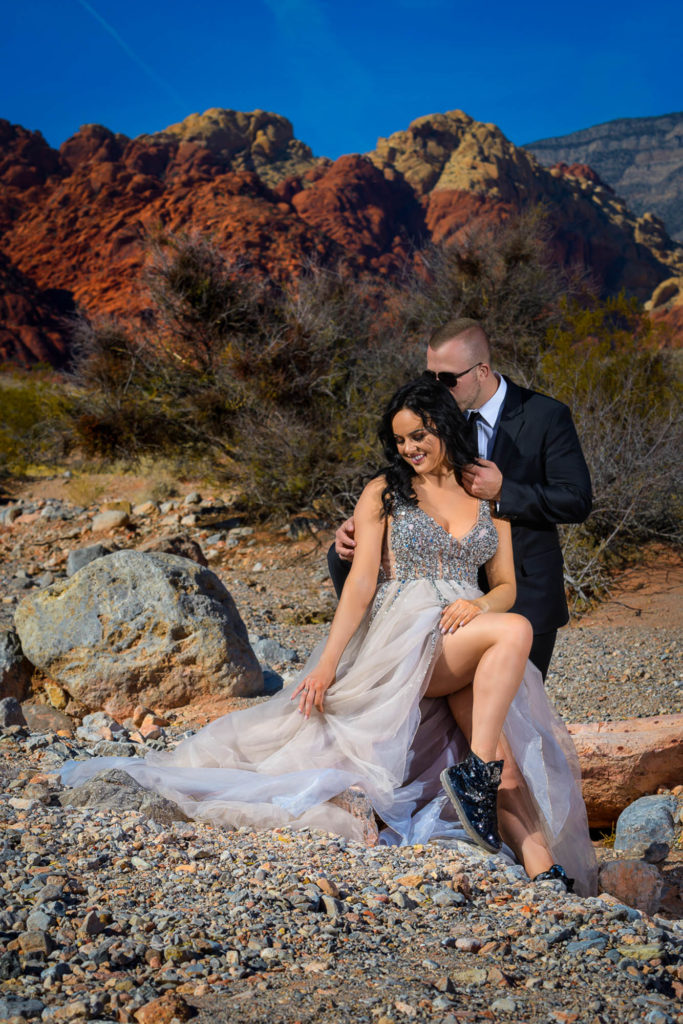 It doesn’t happen very often that a couple contacts me just a day before their wedding, stating that they like my creative and unconventional photos so much they decided to call a professional photographer at the last minute. They informed me that they were a very small group of people and they were considering a modest ceremony. At first, they were contemplating a drive-through service; someone also suggested a “wedding wagon.”  Vegas has any and every conceivable wedding package one may think of. You can get married on a helicopter or dressed up as a pirate. Completely naked, by Elvis, the “King” or Caesar, the “Emperor” and don’t forget that Vegas is the “quickie wedding” capital of the world!  And wedding photography Las Vegas has to serve all the needs.

As I’m not only a wedding photographer but an artist as well. I never get tired of collecting inspiration! Even though Sebastian and Katarzyna called me just hours before I had another planned event, I gladly told them, “Count me in!” They later told me they had discovered the reviews and my galleries on WeddingWire and then checked out my social media pages as well.

They fell in love with the style of my wedding photography when they saw Brandon and Megan’s pictures.  So they decided they want something similar: exotic, full of love and passion, yet decent and elegant. Katarzyna has always dreamed of becoming a high-fashion model in an exotic location. So it was time to fulfill her dreams! Sebastian has a great passion for sports cars. It was easy to choose a car for the photo shoot, he favored a classic Ford Mustang. The couple chose a 3-hour photo package. We started by the Red Rock Canyon then we moved on to the Caesar Forum Shops and we finished on the Las Vegas Strip by Caesar Gazebo.